Here are some things to do in Valencia. Especially if you only have a day or two.

We traveled from Barcelona, but train, plane and bus transport is available from just about anywhere is Spain (and Europe for that matter) to Valencia.

There are plenty of options to bus from Barcelona to Valencia. Ranging from €15-€40. A 5 hour trip from either north Barcelona or the Airport. Busbud and Alsa has all your options and ticket prices.

There are 1 hour flights from Barcelona to Valencia from €90+ depending on time of day and week. A good rule of thumb is Tuesdays are usually your cheapest flight day with Friday and the weekends being the most expensive. Also flights at odd/inconvenient times can save you some money. The 5am flight or the one that comes in really late at night or possibly a stopover flight. If you’re flexible on those, it’s a sure fire way to get some discounts on a standard ticket. We always use SkyScanner to find our flights and flight deals. They allow all sorts of flexibility options that would save you money on a flight if you’re willing to be open to travel times, dates and stopovers.

Trains leave from Barcelona Sans for Valencia several times a day. Tickets and travel times are around €30-40 for standard and €50 for first class and the journey is approximately 3h30m. OMIO has all your ticket and travel info and deals.

We drove from Barcelona to Valencia. We went with a long term car lease to give us the freedom to travel where we want and when we want. When traveling by car there are extra costs involved, like fuel and road tolls especially. We have done the calculations and for us traveling as a family of 4. It’s still cheaper to travel by car.

How to get around ?

When looking for things to do in Valencia, the bus is pretty a straight forward form of transport that gives you the freedom to see the sights as you go. The EMT Valencia site will guide you pretty well around any journey. You can just fill in your current position and destination and it will calculate a map for you with walking distances to the best bus stop, which bus to catch and where to get off. It’s really made taking the bus a lot less daunting than when you used to have to worry about pushing the stop button at the right time or missing your stop.

Single journeys are €1.50 to pretty much anywhere. It’s not a very big city to get around. There are also options for multiple journey or multiple day tickets. The Valencia tourist card is definitely a good investment if you’re going to travel on multiple forms of transport or multiple days.

The card also offers discounts at shops and restaurants, some entertainment around the city, museums and attractions and even car rental. A list of which is available here.

The Metro is also a very cost effective method of transport in Valencia. Especially in Zone A around the center of the city. There are plenty of things to do in Valencia and the Metro will take you to just about all of them.

There are also multiple journey tickets available. 10 rides per card are different prices within different zones. Children under 6 travel free and there are also discounts for pensioners and students. Find more details about the tickets and their costs here.

There are plenty of clearly marked Taxis in Valencia. It’s the less cost effective way of traveling around the city, but can provide piece of mind if you’re unsure about traveling around a brand new city. We prefer public transport at times, because we like to experience that part of the city, culture and people too. However if it’s late at night or it’s been a big day and everyone is tired. We would opt for a taxi.

At times if we had a very specific appointment or a time to be somewhere we have pre-booked taxis.

We traveled around Valencia by car for the most part. We traveled to the beaches and through the city and traffic wasn’t really a problem. As with any big city, parking was the biggest headache and we usually had to settle for expensive underground parking or spend the time to find paid roadside parking.

Things to do in Valencia

There are plenty of nice beaches around Valencia. It’s a fairly popular destination and there are plenty of beach options. Especially further south of the city and port. We visited El-Saler beach. It was pleasant. Nice warm water with plenty of room on the beach and in the ocean. There were plenty of other people and tourists, but we didn’t feel uncomfortable leaving our bags and possessions on the beach while going for a swim.

Topless tanning is definitely a thing in Spain. There are plenty of topless women and our kids (daughters) were shocked at first, but soon got used to it. Some beaches also offer kids friendly or completely nude options on the beach. It pays to read up about specific beaches before visiting or reading the signs at the beach entry. Some may specify going left for child friendly and right for adults only or vice versa.

The beaches tend to be more sandy here and the water is a nice temperature to spend a lot of time in. El Saler is close to the port, but the water was clear with good visibility.

We stayed about 45 out of Valencia in a village called Losa del Obispo. We visited a nearby village called Chulilla (Chuliya) on several occasions. Siesta is very much a factor in all of Spain and more so in rural Spain. Be prepared to find all shops and services. Including supermarkets, bars and cafes to be shut between 2pm and 7pm at the very least. Some even later.

The first couple of times we visited the village we thought it was abandoned. We didn’t see a single person or a single shop open. The third time we visited the town square after 7pm and the whole place came alive.

There were kids and people everywhere. The town square was definitely the central catch-up spot for the locals. We sat and had drinks and dinner, enjoying some music and the local culture and interactions between residents. We may not have spoken much Spanish, it was definitely fun watching them interact and communicate and trying to figure out what they were conversing about.

Post Chulilla we visited several other small villages at the town square at these times and it’s been some of our favourite experiences on our journey.

We visited the zoo (Bioparc) in Valencia and I think Carolina said it best – “I like looking at the animals in the zoo, but I don’t like seeing the animals in the zoo”. I’ve always loved the zoo and this visit was no different. Bioparc Valencia consists of 90% African animals with enclosures including African trees and plants. Obviously a lot of effort has gone into recreating as closely as possible the natural habitat for the animals. The most impressive being a large collection of very mature Boabab trees.

But they’re still wild animals. Caged. Which has been the cause of plenty of internal conflict personally. I love being able to show my kids the animals I grew up around and share all the little facts and knowledge about each one. It really excites me and it’s one of my most favourite things to do.

The Bioparc is a great way to spend the day with a family and there is a restaurant with plenty of meal options and snacks available. Adult tickets are available from €24 and there are discounts for families, pensioners and students.

We always enjoy a Hop-on Hop-off bus tour to see some of the sights and find our way around the city. It’s usually one of the first things we do and it gives us the flexibility to get off and visit certain places if we want or return later or another day to somewhere along the route we’d like to explore more.

There are two bus routes in Valencia. A historical tour or a maritime tour. For €34 for an adult you can get on and off the bus as many times as you like and the ticket is valid for 48 hours. A great way to see the city and the major sites if you only have a limited amount of time and want to see as may places of interest as possible.

If you had to stop in just one place. Do it at the Valencia Cathedral. For just €7 entry. Enjoy the spectacular cathedral, the history and the atmosphere. It’s an integral part of the city and it’s history.

Spend the time and make the most of the audio guide to learn everything there is to know about this magnificent structure and it’s place in the history of Spain and Valencia.

Set in the central part of Valencia it’s surrounded by a square and and plenty of small restaurants and cafes this is a great area to sit down for lunch or dinner and a drink and enjoy the local atmosphere and culture happening all around.

The first thing I was told about food in Valencia is that they make the absolute best Paella (Paeya) in the world. Some might argue, but we were going to try it anyway to judge for ourselves and it was pretty damn good. I can’t call myself a Paella connoisseur, but I loved it.

There are plenty of other options available. From traditional Spanish food and seafood, to pizza, pasta and of course the big fast food chains too. I would suggest as much local food as possible. It’s absolutely fantastic and you know it’s fresh. We’ve been told on several occasions that the food won’t make you fat if it’s cooked fresh with fresh ingredients.

There are plenty of local restaurants for dinner with beautiful seafood including swordfish, cod, octopus, shrimp, mussels and just about anything else out of the sea. Although it’s not truly Spanish. We enjoyed plenty of good pasta and pizza in Spain and what better way to wash it all down with than a nice cold local Spanish beer or wine. We love our reds and we made the most of it.

There are plenty of options for under €5 at the supermarket and without any real knowledge of the local wine, wineries and local names for the different types of wines. We managed to enjoy every bottle.

The Good and the Bad

We stayed 40 minutes out of Valencia. Which for peace and quiet and a good night sleep, is fantastic. It’s not so great when it’s siesta and you’re not prepared and you have to drive 40 minutes to find an open supermarket to feed the hangry kids in the back of the car.

The best part of Valencia for us was definitely the beach at El Saler. It was our first beach experience in Spain and one that will stick with us for along time. 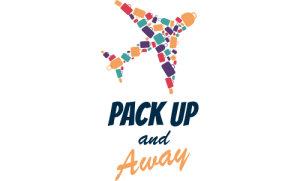